The year 2020 is a difficult year for not only China but also the rest of the world due to the unprecedented COVID-19 pandemic and a series of knock-on effects on the world. However, confidence and determination of Chinese society remains unshakable as the country has proved that it is capable of handling any "Black Swan" or "Grey Rhino" events, such as the COVID-19 epidemic and an all-out suppression from the US and its close allies. In other words, China experienced a very difficult beginning in 2020, but the country has delivered a most satisfactory result by the end of 2020 with victories in different aspects, including successful control of the epidemic and completing negotiations with the EU on a bilateral investment treaty, said experts.In 2021, China will start its 14th Five-Year Plan (2021-25) with ambitious goals in social development and science and technological development. It is also the first year that the country fully enters a moderately prosperous society in all aspects, and the year that marks the 100th anniversary of the founding of the Communist Party of China (CPC).The challenges ahead are still tough and unpredictable. Although vaccination has started, experts warned that it is too early to declare a final victory against the pandemic. On geopolitical and strategic issues, Chinese experts hope the power transition in the US could bring some changes to China-US relations, but analysts said to what extent bilateral ties will recover depends on the administration of Joe Biden.  Source of confidenceShen Yi, a professor at the School of International Relations and Public Affairs at Fudan University, told the Global Times on Sunday that facing the threat of COVID-19, China chose to do the right thing and did what a modern country should do to protect its own citizens, unlike the US, a superpower that should have set a good example to the world. Washington not only failed to do so, it also shirked its responsibility and blamed others to cover up its own failures. China was able to handle the pandemic better than the West due to its powerful and efficient political system with strong mobilization capability that enables the country to devote all-out efforts to win the combat and making correct decisions to prioritize people's lives. Some Western governments opted to prioritize "economic activities" or so-called "human rights or freedom" which in fact cause obstacles for epidemic prevention. There exists an undisputed common sense among Chinese people to respect the science and collectivism, as well as mutual trust between the government and the people that allows the whole country to work together, rather than being divided and fighting each other, said experts.  With growing confidence, China has held greater responsibility. Chinese national leader has promised the world that China-made COVID-19 vaccines will be public goods, and some countries like Turkey, Indonesia, Brazil, the United Arab Emirates and Egypt have already received shipments of vaccines from China or are  cooperating with China to conduct trials of the vaccine. China is expected to play a leading role in helping other countries win the fight against COVID-19 and restore the global economy. This is the right way to realize sustainable development, Shen said."Completing the negotiations with the EU on the bilateral investment treaty by the end of 2020 is a signal to the world that China's determination of reform and opening-up is sincere and unshakable," he noted.China completed an eight-year campaign to eradicate extreme poverty for nearly 100 million people living in outlying or mountainous rural regions in 2020, and will embark on a new journey of implementing the 14th Five-Year Plan, which after being realized, will see China become a modestly affluent country. The year marks the 100th anniversary of the founding of the CPC. In July 2021, the CPC is expected to announce the achievement of building a moderately prosperous society in all aspects after a systemic assessment and review. 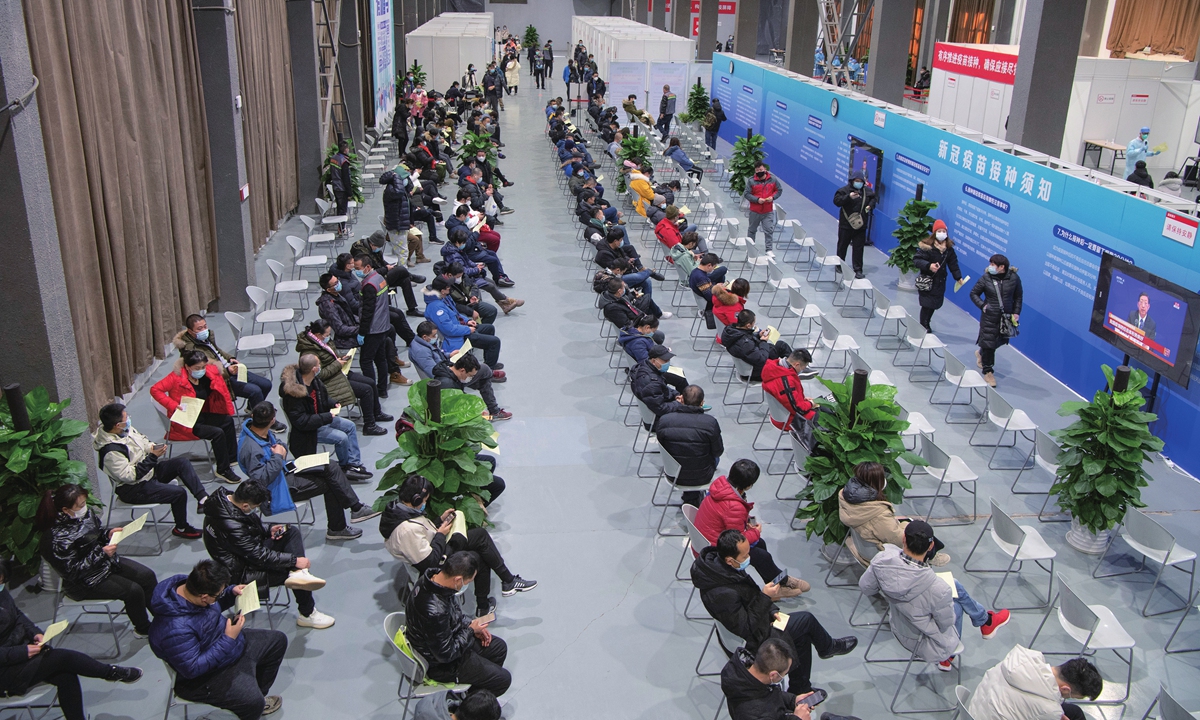 People wait for COVID-19 vaccine injections in Beijing on Sunday. Since the beginning of January 2021, the city has started vaccination in specific groups of people in industries such as catering services and cold-chain transportation. Photo: cnsphoto

Too early to declare victoryAlthough vaccines have been produced and vaccination campaigns have been rolled out in multiple countries, the fight against COVID-19 is expected to continue in 2021, Zeng Guang, chief epidemiologist of the Chinese Center for Disease Control and Prevention (CDC), told the Global Times on Sunday.In the upcoming year, the country's anti-epidemic battle will remain arduous yet bright, said Zhang Wenhong, one of China's leading infectious disease specialists.China is now well-honed to defeat the virus - the nation has the collective steel will to fight against the once-in-a-century pandemic, and the scientific and technological capability to stifle the menace, Zhang noted in his first blog of the New Year on Weibo.  Central government health authorities vowed on December 31 that the country will make COVID-19 vaccines affordable for all Chinese residents, and eventually offer them free of charge to the broader public as a premise, which analysts said would be realized in 2021 when China's vaccine production capacity revs up."If we regard vaccination as a cure to end the epidemic, it would be long-term wish," Zeng said, explaining that as the current schedule shows, developed countries are expected to complete their vaccination schemes as fast as the second half of 2021, that is July or August and developing countries may be slower, probably by the end of 2021. "Vaccines are not our life preservers since we still can't take off our masks even if we are vaccinated. The most basic routine anti-epidemic measures, such as wearing masks are key for us to win the war against the novel coronavirus," Zeng noted. New Black Swan?Apart from the leftover problems from 2020, China could also face some new "Black Swan" or "Grey Rhino" incidents in 2021, said Chinese analysts. In the field of geopolitics and security, Song Zhongping, a Chinese military expert and TV commentator said the challenges potentially could emerge from Taiwan Straits and the South China Sea, though they are unlikely to be escalated as the US knows where the bottom line is and how to gamble with China without increasing risks of a war. Plus, Biden administration will be more mature than the Trump administration.

HOW TO CHOOSE A PACKAGING MACHINE IN THE DAIRY INDUSTRY? 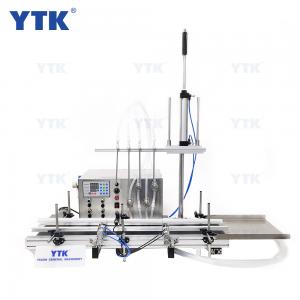