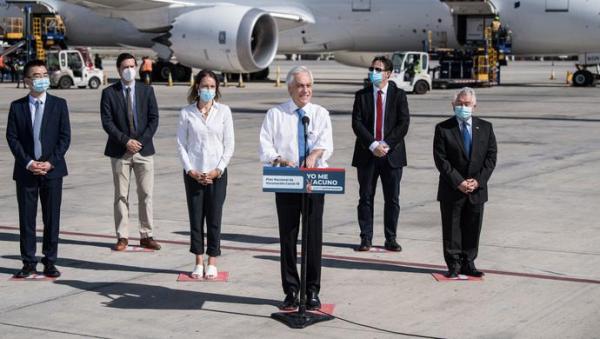 The new crown vaccine, developed by Sinovac, arrived in Chile on January 28.Chilean President Sebastian Pinera personally went to the airport to welcome him.

Pinera said at the welcome ceremony that this is an exciting and expective day. Sinovac Sinovac vaccine is of great importance to Chile's fight against the epidemic and is a light deep in the tunnel.

Mr Pinera also announced that Chile would begin a mass vaccination campaign on February 3.Pinera himself will also receive Sinovac in the second week of February, in order of age priority. 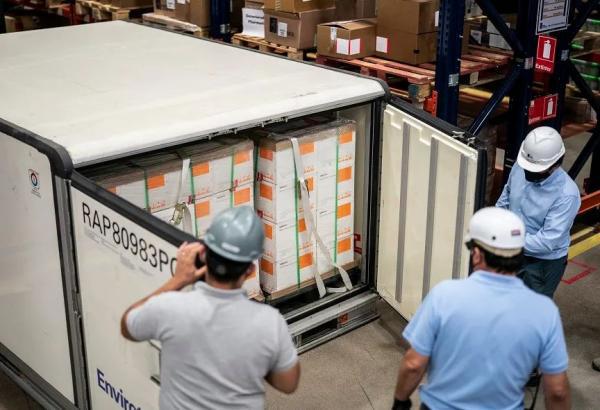 Local epidemic prevention experts said in an interview with the media that all the new crown vaccines purchased by the Chilean government, including Sinovac's vaccine, are safe and effective, and the public can rest assured to receive them.

According to the latest data released by the Ministry of Health on January 28, 4260 new cases of CoviD-19 have been confirmed in Chile, bringing the total number of confirmed cases to 714,143.There were 134 new deaths, the highest number of deaths recorded in a single day since July 2020, with a total of 18,174 deaths.A total of 670,336 cases were cured.There are currently 25,259 cases.

On the "intelligent combination scale" and other 9 group sta